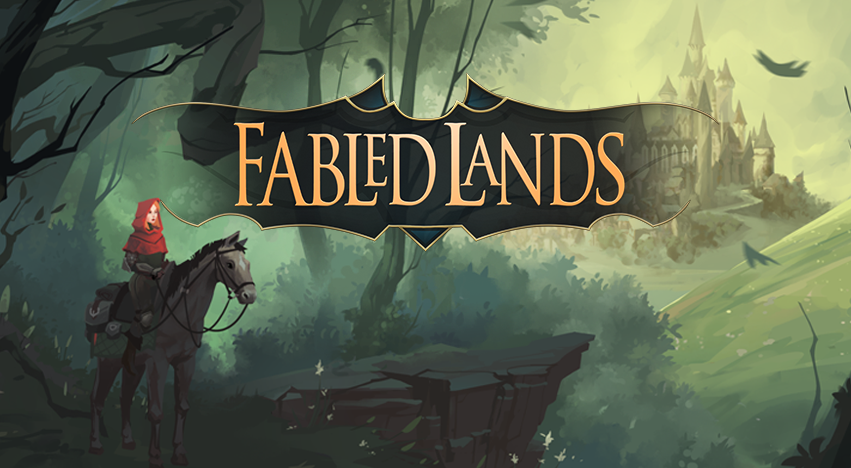 I am more than happy to announce that Prime Games will undertake the task of delivering a full-fledged computer game based on the epic Fabled Lands series from the 90s! But how about I step back and tell you...

Pondering how to tackle this subject, I turn for guidance to my favorite quote from Dave Morris’s Fabled Lands blog:

The players gather around the table. Even as the Coke cans fizz and the bag of tortilla chips is being popped open, somebody looks at the map and says, ‘I hear there’s an abandoned fortress out on the tidal flats.’

The referee consults the rulebooks. ‘Many claim it’s the stronghold of the legendary hero Hrugga – though that’s surely just a myth.’

Plans are made. Ships bought and outfitted. One of the players has the sea captain skill, and he plots a course. Another considers the supplies the party will need. Soon they’re ready to set out on a new expedition. And all because one of the players happened to spot the symbol for ruins in a corner of the map.

The roots of Roleplaying Games

I love playing Dungeons and Dragons. The jump from gamebooks to pen’n’paper RPGs felt like a natural evolution. In fact, soon I’ll write a blog post on how my close friends and I resurrected the nice tradition of playing DnD regularly and how this helped me as a game dev.

Back in the day the thing that came the closest to an RPG were the Bloodsword gamebooks by Dave Morris and Oliver Johnson (subsequently I found Jamie Thomson was involved too). These gamebooks were very different from the ones I had. In each one up to four players could take the role of a character from a predefined set of classes. One could be a stealthy Trickster – a master of dodging techniques and archery or an Enchanter with a list of powerful spells like Mists of Death or Nemesis Bolt. Together they read and made choices, fought on battle grids and advanced the plot. These, alongside The Way of the Tiger gamebooks, were undoubtedly the most epic series of interactive fiction for my generation during the 90s. 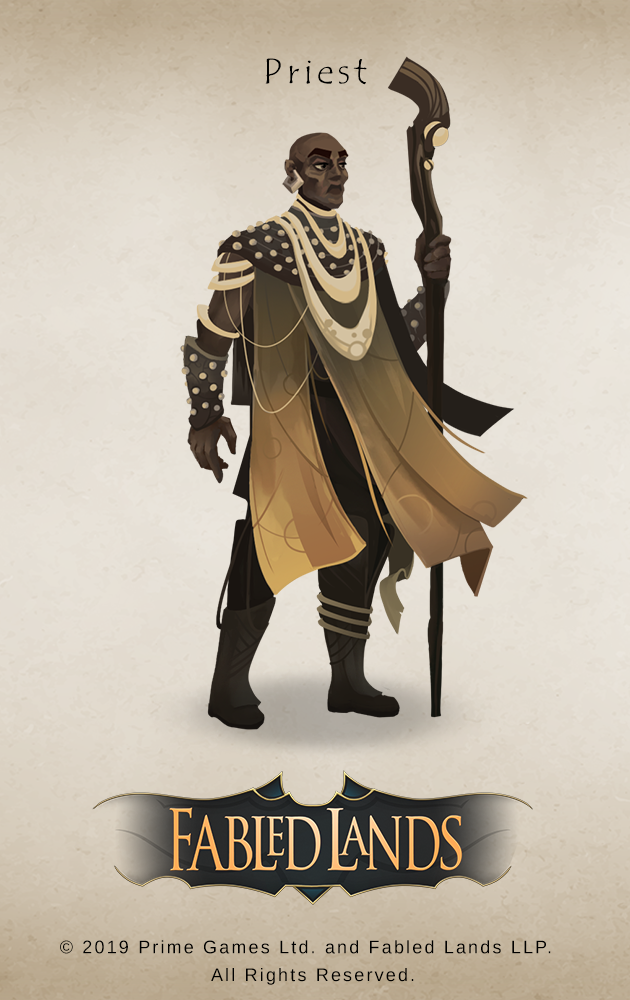 Discovery of the Fabled Lands

I was flabbergasted when I discovered later that there is another series by Dave and Jamie called Fabled Lands. Turns out it never got translated and published in my country. Not only that, it seemed like, although incomplete, the series spawned some of the most faithful fans who cherished the experience many years later.

I am quite a late bloomer regarding the Fabled Lands. I discovered it when the Kickstarter campaign for book 7 was successfully funded. There was a demo of merely 100-120 sections available for download. I grabbed it and gave it a try. I could hardly do anything with it! Completely open world with loads of choices and not a clue what to do. I got frustrated quickly and threw it away. Couldn’t shake the thought of failing a gamebook though so I gave it another try. Oh, boy was I in for a treat! Progressing within the game was a puzzle on its own. Also, it was full of different quests in a gorgeous setting. I kept retelling the stories of my hero’s adventures to all my friends for a whole week. It felt like sharing a roleplaying session with an amazing DM where the story was up to the player to tell.

I quickly got my hands on the aforementioned book 7, The Serpent King’s Domain, and delved into the mysteries of Ankon-Konu, the Feathered Lands. I explored the ruined Tarshesh, the city of ghosts, and wandered into Elaz Carnaquen, the spirit realm. Walked the trails of the Weeping Jungle, a land rarely seen by foreigners, and faced the wrath of the Serpent King, Namagal.

Ahead of its time

Fabled Lands feels like a computer game on paper. There is no main arc, no plot to advance. Instead, a full-fledged open world which you can roam freely across six books, each of the books representing a single location. When you reach the high peaks of the mountains in the north of Sokara in book one and, for example, you could find a passage to the other side, you would continue your adventure in the Plains of Howling Darkness in book four.

Exploration brought forward many interesting and sometimes bizarre quests. Like releasing the High King from his frozen tomb. Or a city of ghosts that guards the Shadar's treasure vaults. Even obtaining the secret of immortality which is contained in the ancient evil of Kaschuf the Deathless.

There is also a harsh economy based on valuable local currency, namely Shards, obtained through wise trade of numerous items, lofty maneuverers with the local merchant guilds, stashing goods in your own property, or buying and selling cargo aboard a freshly bought sea vessel.

All this felt truly like what cRPGs offer nowadays.

In 2017 I founded Prime Games. I started small, adapting short gamebooks, developing my skills. Fast-forward and its 2019 with the studio having a bit of a portfolio built up. I was getting hungry for a bigger title and eager to finally sit down and create a full-blown RPG.

Over the years I followed Dave Morris’s Fabled Lands blog, learned of the anticipation for a worthy digital representation of their series and plotted (as a true acolyte of the dark lord would do). The day to reach out for the license of their work was upon me!

Plans were made. Plane tickets bought and ships outfitted. One of the players had the founder skill, and he plotted a course to the United Kingdom. Another considered the supplies the party would need. Soon we were ready to set out on a new expedition. And all because one of the players happened to spot the email address of the Fabled Lands’ authors…

I am thrilled to embark on the journey of turning this epic series into a computer game. Let's start by saying that there will be:


And many, many, many more things to come in the following months of teasers and updates. 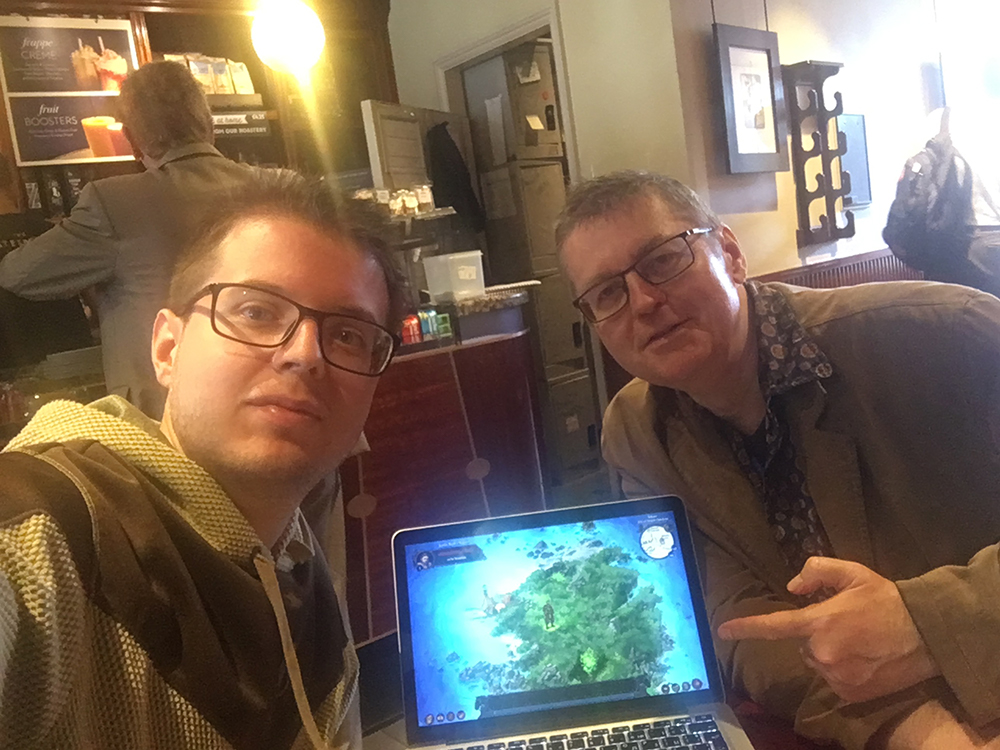 I feel very proud and excited for this opportunity! Collaborating with Dave and Jamie is a blast. We just went through the design document for the reworked combat and progression system and are very excited for the first prototype.

Within the upcoming weeks expect to see the first official trailer and the Steam page (yes, it’s coming out on Steam for desktop computers) up and running.

The complete game is expected for release in early 2021. In the meantime, you are most welcome in Prime Games’ quite fresh Discord server where we can discuss more on the subject!