Getting the second title out of the door 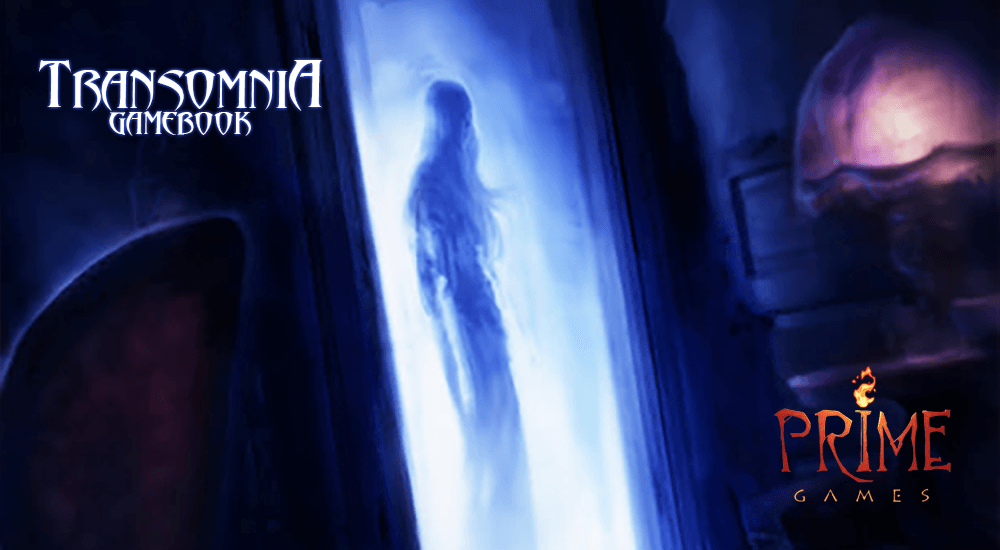 I tune out the lights. Only soft light remains streaming out of the buzzing projector on the table. It is supported by 2-3 books under its front legs, so that the bright square is properly adjusted at the remaining spot on the only wall vacant of furniture. I take a seemingly random white plate with film from the canister next to me and slip it clumsily into the "mouth" of the projector.

Slide 1 – the release of the second game.

Nearly three months late from my initial release date, I successfully published my second game. I felt I should tell you all of this feat! Hem-hem. The gamebook "Transomnia" saw the light of day as a mobile application for Android and iOS in three languages - French (on which it was originally written by the author Emmanuel Quaireau), Bulgarian (on which it was published by the Bulgarian publisher SKI) and English! I do not want to brag too much. I want to lay out some thoughts related to publishing new titles.

I quickly put on the next slide, this time changing the plate ably.

Slide 2 – the vicious cycle "it is not good enough".

Three months later! With initially planned development time of two months only and testing afterwards. I began to frustrate myself, to feel as if time is lost, to have that deceptive feeling about whether I will ever succeed. I asked myself questions like "What was I even thinking?" The curse of the second title! There must be such in order to follow a third, fourth, etc. The aim is to get on track doing your job smoothly, to keep your motivation high, productivity – good, and results – constant.

Most developers, especially when working freelance or in small businesses, often fall into the spiral of unfinished projects. The reason lies in the maxim "no good code that you have written in the past has stood the test of time," and the no less famous "if functionality A is not in the project, it makes no sense at all to be wasting our time to put it out there in the wild, where it will be gnawed and spit by the users, giving it 1 star".

It is much like unwritten books, plays, unfinished paintings, sculptures, ideas for profitable products, homework and other "works of art".

A well-known concept to use when you prepare and plan the release of a new product on the market is to define MVP features (minimum viable product). After all, this project must see the light of day in the foreseeable future, must cost you a reasonable price and ought to have a minimized risk.

As a proven professional, I sat down, wrote my plan, defined my MVPs, calculated incremental cycles of two weeks’ work, closed my eyes and pinned a finger on the calendar on my desk. It turned out January 2017. Splendid! I filled the date on the website under "Coming soon!" Armed with a notebook, colored pieces of paper, colored markers (because who uses Jira1 nowadays) I started to code.

During the process, I decided it did not suffice for "Transomnia" to be available only in French and Bulgarian. I reached out to a professional translator, hired him to do the English version and calculated that he would be ready sometime in March. I initially thought that during this time I would work on my third game! Wrong! All the time was filled with work on additional "goodies" I set my mind on and I thought my game should have. That’s how the "Gallery" came to be. This is where you will find the illustrations of the great Elodie Marzie, the artist of the French version. Each piece of art is unlocked when you read the relevant chapter of the book. You are also able to share it on social networks - Facebook and Twitter. I said to myself when I first thought of this - “Easy!” However, to make the sharing the same level of that of the competing products I had to fix details specific to Android and iOS. This itself took a whole sprint. Then I added a rating system for the user, which uses "manipulative" techniques! Critics are urged to write me a personal e-mail, but happy and satisfied people are asked to appreciate my game on Google Play or the App Store. Then I thought of a third, fourth, fifth functionality and so on.

I take a moment to adjust my spectacles and rub my hands.

In fact, it was all good! It is good to have a plan, but the value in agile development2 is that the plan changes with respect to the results achieved. I am pleased with the current version of the product! There are valuable things that I can reuse in my future titles.

Of course, there are leftovers in the trash bin of one or two good ideas which didn’t make it. And I always think of more and more improvements to the game, but at some point, one should just let the game go, show it to the world and continue improving it while it rides along.

Hopefully you will enjoy "Transomnie horror gamebook" and its dark and sinister atmosphere. Better pull the curtains, turn on the bedside lamp and let the luck be with you to get you to the end of this nightmare.

1 Jira – popular tool for managing software development for teams of 5 to 500 people.

2 Agile development – software development methodology where you plan your work in small iterations, usually of 10 days. At the end of each iteration the team's goal is to have a stable, tested and fully working meaningful version of the product no matter how small. This repeats until release management decides certain MVPs and company goals are met. After that they announce version cut and the product is released.