Journey Through the Valley of Despair by Prime Games Bulgaria

Journey Through the Valley of Despair 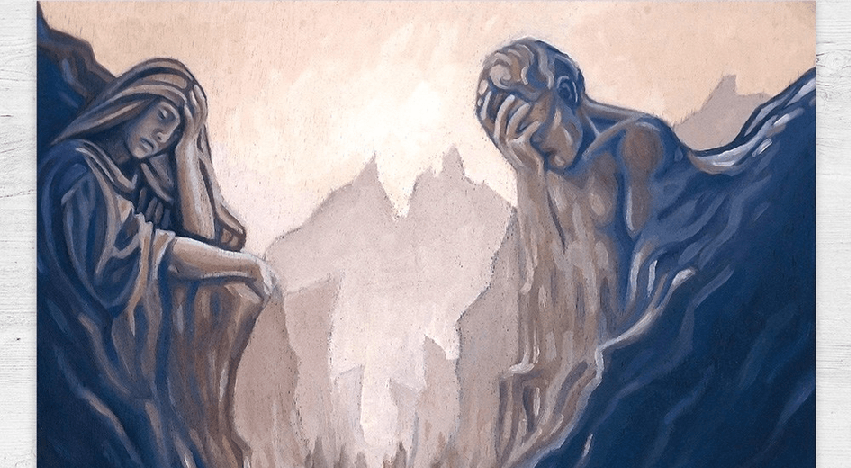 A hero who embarks on an adventure wins a victory in a decisive crisis, then returns home altered, transformed.

As I make games with focus on the story narrative, it is almost inevitable not to fall into analogies between software engineering and literature. Such analogy for me is the lifecycle of my projects and the concept of the monomyth or the hero's journey popularized by Joseph Campbell. He studies the similarities in stories from different myths and legends, shaping invariably repetitive templates. A hero who embarks on an adventure wins a victory in a decisive crisis, then returns home altered, transformed.


The Valley of Despair, Part I

But before I get to the end of my trip, I want to tell you about crossing the Valley of Despair, which is part of the life cycle of every software project, and most likely is an invariable part of any change for the sake of progress.

I started hard work on my current game "Trap for Winners" in July this year. When I made a forecast for the year in January, I set myself a goal to release two games in 2018. Ambitious, but not impossible. Of course, before that, I had to finish the planned expansion for my first major title - "Dust and Salt: The Battle for Murk", so the coveted number was rather 2.5. Alas, my pace slowed down and I managed to get the expansion ready and released as early as July 11 for PC and mobile.

Still, the fever that hits you every time you start a new project had me in its grip, and with full steam and inexhaustible inspiration I pushed myself to take the road above which the Deadline-Almighty hung over like Damocles’ sword.

Unfortunately, I got sick. It turns out that my small intestine cannot cope with the tension as well as with the decomposition of certain types of carbohydrates, leading to imbalance of the bacteria in the colon and further problems. Reason? Probably unlocked by stress. Whether because of the ambitious deadlines or rather the tragic experiences me and my family had, the result is there. Pain, weight loss, and a roundabout of doctors and hospitals. The development of the game remained in the background for a while.

All and all, nothing that could have stopped me! I soon resumed my good pace and plunged as deep as I could into the problematics of inappropriate method calls, lack of object instances, what type of music is most appropriate for the game, the erroneous proportion in the hand of the protagonist in the artist's latest sketch, or how to automatically arrange square tiles on a random basis, but still create a picture of city streets... (For the latter, the same artist had a brilliant idea and implementation.)

The concept of the gamebook I based "Trap for Winners" is rather simple: a centralized loop, focused on collecting different kinds of points, grouped into three major pillars. You aim to gather optimal values to unlock the successful ending. Back when I was selecting the most appropriate gamebook titles suitable for release in digital form, I pointed out in my notes that the above-mentioned book suffers from lack of depth in some areas. Pretty much mostly in the missions that the main character, Steve Harrison, must undertake during his stay on the alien planet of Dorya. On the other hand, the good gameplay balance, which the author had implemented, mixed with difficulty levels as well as an attractive story and interesting sci-fi world, convinced me that this ought to be released.

I decided I had to continue working on the foundation I had laid in Dust and Salt - enriching the narrative of the gamebook with additional gameplay elements (for example, mini-games) which do not pull the players away from the text, but rather complement on that and expand upon it. The plan was clear - evolve the different missions as much as possible and add a detailed world map that would serve as a central hub for choosing which missions players will take on. 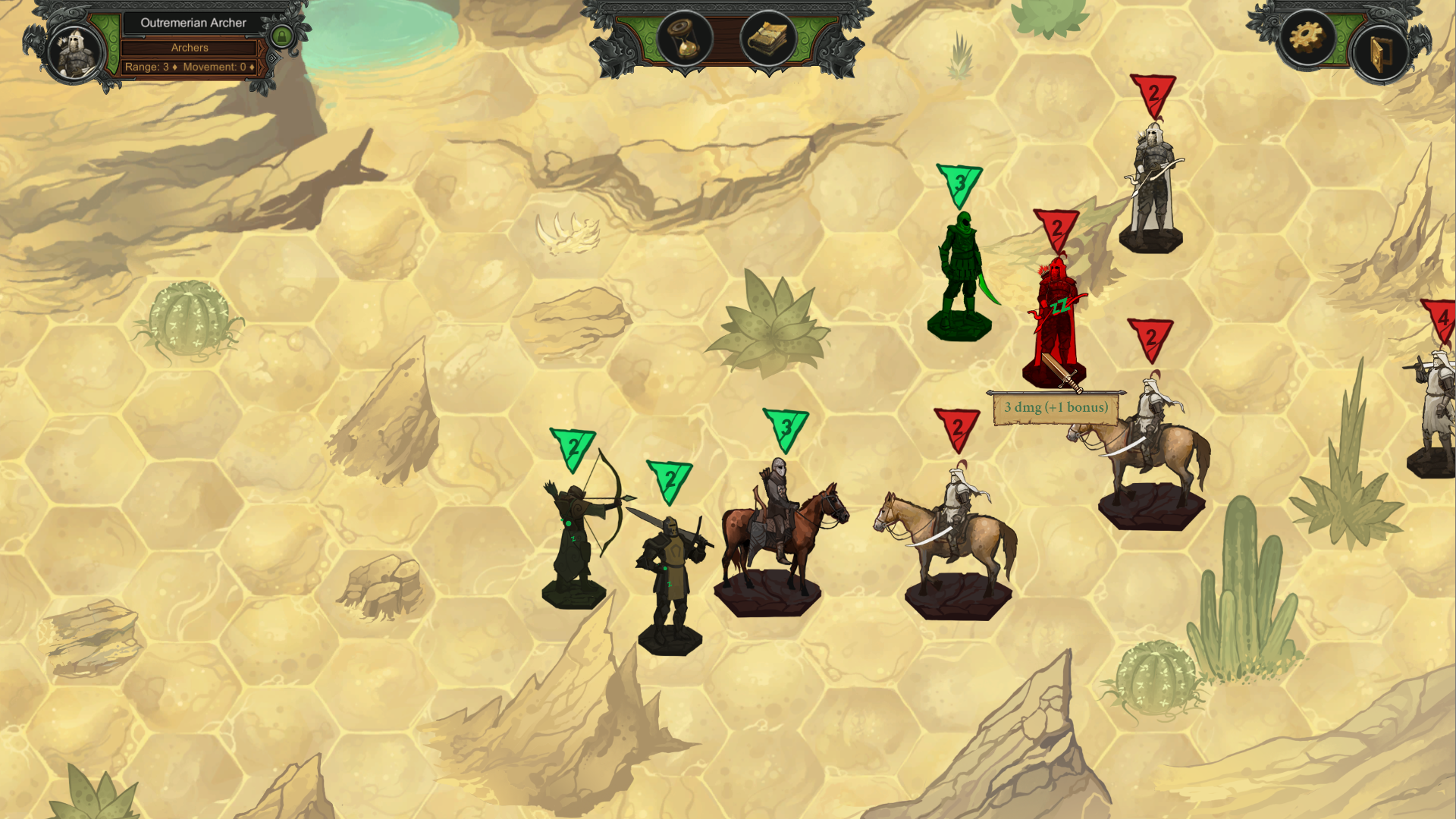 In Dust and Salt, I developed battles on a hexagonal grid (a little bit HoMM style), where the different types of troops you gather and how you use them to counter the enemies is what matters. Each battlefield was pre-built: a rock or a tree here and there, an impassable obstacle, an enemy, a battle ship, and so on.

In "Trap for Winners" I wanted to diversify but also build on top of what I had. I was inspired by the roguelike games - automatically generated dungeons with scattered treasures and objects the players must collect while protecting themselves from enemies. But instead of dungeons, I would have it take place in different parts of the alien planet both urban and natural. The art direction for such type of procedurally-generated terrain is usually retro, and I instantly imagined something in the spirit of Spelunky and Crypt of the Necrodancer. However, in addition to that vibe, I wanted to give the player the feeling of a board game. I think gamebooks and board games are a very successful combination. In Bulgaria during the 1990s, this formula was tested through the so-called Strategy Gamebooks. Aside from some bad examples, there were amazing titles such as "Lord and Magician", "Lord Dragon", "Dragons, Forward!", "Barbarian Invaders", "Underground Runner", "Creator", "Talisman"... Nowadays, quite successful Kickstarter campaigns with similar (but more sophisticated) concept, are booming one after another (e.g. https://www.kickstarter.com/projects/awakenrealms/tainted-grail-the-fall-of-avalon).

The Valley of Despair, Part II

Although at first my ideas seemed good, at some point I hit a wall with the implementation. I had a lot of pieces of the puzzle, but I could not sort them out. On one hand, mini-games should not be too complicated and distracting, on the other - my attempts seemed too banal and elemental. Also, my prototypes did not fit well with the author's text.

For a long time, I could not settle on the beginning of the game. How is the intro served? When to select your hero? What interface should I use for it and what about the rest of the game? Should I convert some scenes during the trip to Dorya to actual missions within the occupation camp when you had already arrived? What about the author's text? In the 90's it was kind of OK to break the fourth wall or when Michael Mindcrime himself turns to you, the reader, and he reproaches you for a bad decision, or encourages you for a clever move. However, in a 2018 PC game it does not look good, though it is still a characteristic feature of his work…

The questions were piling up and I wandered, searching for good answers...

The light at the end of the tunnel

Gradually, things become clearer. In the gamebook, one of the main statistics, the Energy Points, was almost irrelevent for the short duration of the adventure. That's why in my roguelike mini-game every move on the map, any destruction of an obstacle, or any damage taken reduces it. At the same time, Energy crystals, which restore certain amount of Energy based on their size, are scattered in random places.

Would you deviate from your way to the exit of the level to get an Energy crystal, or will you rely on a favorably generated upcoming level with the available quantities? Would you rather take on a mission that will provide you access to a new specialist on your team, e.g. a Medic that would help you regain some of your lost points? Would you go through the seemingly shortest route where you might get trapped between an impassable mountain and an enemy, when getting away from that might cost you much more points?

The intro and the hero selection screens found their place. For the former, I created a special scene that could be skipped when replaying. The author's remarks were transformed into instructions and comments from your "boss" - Elder, who contacts you via the on-board computer. Needless to say, he does not miss a scratchy note or a witty loupe when your misfortunes never come singly.

Eventually things were starting to fall into place. I extracted clear goals from each mission and transformed them into gameplay objectives in the mini-games. If, for example, you must clear the radioactive remnants of a crashed battle aircraft back from the beginning of the war to rescue a nearby Doryan village from the threat, you are taken to a series of levels where you collect the ship parts as items while enemy units try to sabotage you. When you have cleared the required amount and reach the end of the last level - your mission is successful! And although your general might not be happy with the waste of time in support of the locals, the Doryans are quite happy and your Popularity among them grows.

As you are reading these lines, I'm probably preparing the final scene of the game and balancing out the different variables for each mission. The big areas that remain to be done are sound FX, 2D particle FX, support for multiple languages, achievements, tutorials and a demo mission. The artist keeps drawing illustrations, totaling 13 in number, to help the game immerse you in its atmosphere. By the end of the year I will have a very early alpha version to send to people who usually help me with constructive criticism and bug testing.

Sometimes you just have to “bang your head against the wall” hard and long enough until things get clear. The covenant month of February is approaching, so I hope you would have "Trap for Winners" in your hands by then and that you would have a blast with it!