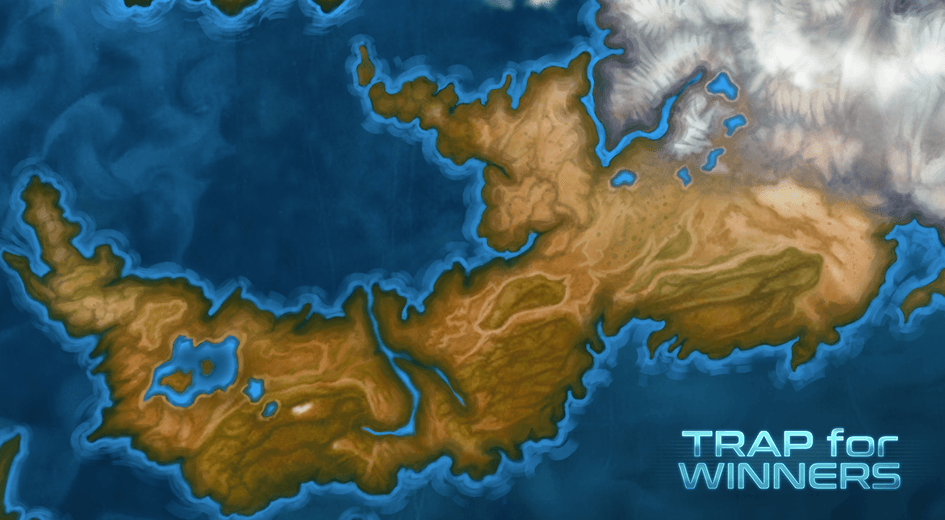 It's about time to roll my sleeves up and start my crescendo, a mechanical keyboard concert

I look out the window of my room at the bathed in light crowns of trees covered in leaves in all kinds of shades of green and yellow. The last memory of summer just before it goes away.

I sit in the chair in front of the computer screens pondering. A notebook filled with old and current tasks lays open on the desk beside me. The year went unnoticed. Time of finished and unfinished projects, unfulfilled dreams and those that came true.

It's been months since I last wrote on my blog or any of Prime Games' social channels, so it's about time to roll my sleeves up and start my crescendo, a mechanical keyboard concert.

A year in retrospect

2018 brought me a lot of excitement. I released my first paid game, Dust and Salt, in January, and then its expansion, Dust and Salt: The Battle for Murk, mid-year. My idea of what it was like to be an indie game developer from only until 12 months ago was shuddered into pieces. It was an incredible experience to have my own product on the market and to experience firsthand the anxieties and joy of the whole spectrum of emotions that this brought me.

Dust and Salt enjoyed good interest in the first quarter, especially on YouTube (I want to thank SplatterCatGaming for the great video he published, reaching 48,500 views and 1,700 likes, which caused a wave of more videos from other content creators).

On the other hand, the media barely noticed the game. Except from an early shout out from PocketGamer the rest kept silent. It was briefly mentioned in RockPaperShotgun as part of a weekly article about hidden gems that got released on Steam, but nothing else followed. Apparently, I did not find the right approach in my press releases.

That's why I had an intense start, but the commotion quickly faded away and sales went down the pipe. However, I received many nice reviews, which made me believe that digital gamebooks still had their fans. With unceasing passion, I worked at full steam on the first expansion of the game.

The breakthrough came in the third quarter of the year when game journalist Cameron Kunzelman published an absolutely amazing game review at Waypoint, and subsequently an article in one of the biggest gaming websites Kotaku. The controversial theme of the article: fantasy games are better when they don't focus on magic, awakened fierce controversy, resulting in 150 comments and 77,000 reads. Over 500 game copies sold in only 48 hours! With it, my earnings went slightly over the minimum threshold of my financial plan for the year, and with a whole quarter ahead of me it gave me some peace of mind and the necessary incentive to continue with renewed strength. 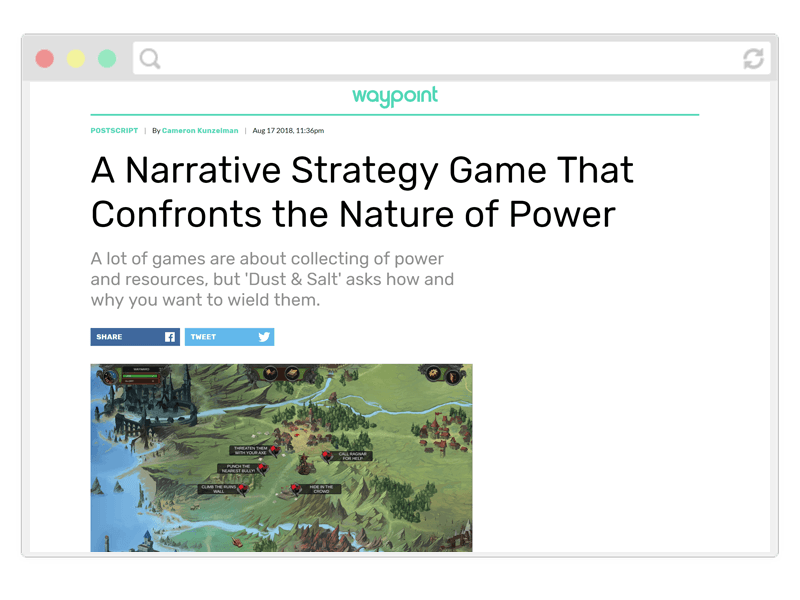 Of course, things were not all roses. In addition to the positive reviews, there was also criticism, which in some cases was just pure hate, while in others it was presented constructively. It's hard to win the hearts of PC gamers with 3-4 hours of gameplay with this type of games. My original design was Dust and Salt to unite both stories (the one in the main game and the one in the expansion), and to have more battles with more complex tactics and management of the different types of troops. Alas, my capabilities weren't enough to build everything I imagined, and the pressure on me as I struggle to get my start-up business up and running was hard even from a purely psychological point of view. Not to mention how I got sick and got colitis somewhere along the line from which I am yet to recover.

I wanted to harness my new found urge in a new project as soon as possible. I once again turned to the published gamebooks in Bulgaria during the 90s for a suitable candidate. At that time, I wanted something Sci-Fi – after a Korean high-fantasy, gritty medieval low-fantasy, and Lovecraftian horror, I thought this ought to be my next genre. I found in Michael Mindcrime's Trap for Winners an appropriate setting, interesting choices and a strong point-driven system to serve as a good foundation. After some hesitation, I contacted Michael, who accepted the idea warmly, and in turn he made a big gesture to me and my game studio with the terms of our contract.

Plans are to be broken

I tried to put all my efforts into releasing this project before the end of this year. My goal was to combine interactive story narrative with some kind of mini-games in a homogeneous mixture.

Trap for Winners' story unfolds on the alien planet Dorya occupied by Earth's military forces. Agent Steve Harrison must work undercover to reveal the mysterious details surrounding the outbreak of the war between the two factions.

Since Commander Harrison runs a series of missions to achieve his goals, I've decided to expand every mission with a mini-game consisting of moving on a 2D battlefield, collecting items, avoiding enemies or exterminating them, searching for hidden locations, etc.

On top of this, in addition to the Bulgarian version, there will be English and Russian translations too.

It turned out to be a bit too big of a bite to chew. Inevitably I accepted my "defeat" and gave up my over-ambitious plans for releasing a new game before the end of the year.

I hope to have the first beta version of the game around Christmas, so I can begin collecting feedback. All in good health, sometime in the first quarter of 2019 I hope to release it officially for Windows, Mac OS X, Android and iOS.

Meanwhile, outside is already dark, the veil of the night has covered the view through my window... Well, I have my hopes for tomorrow! Stay tuned on my twitter and Facebook for weekly updates!