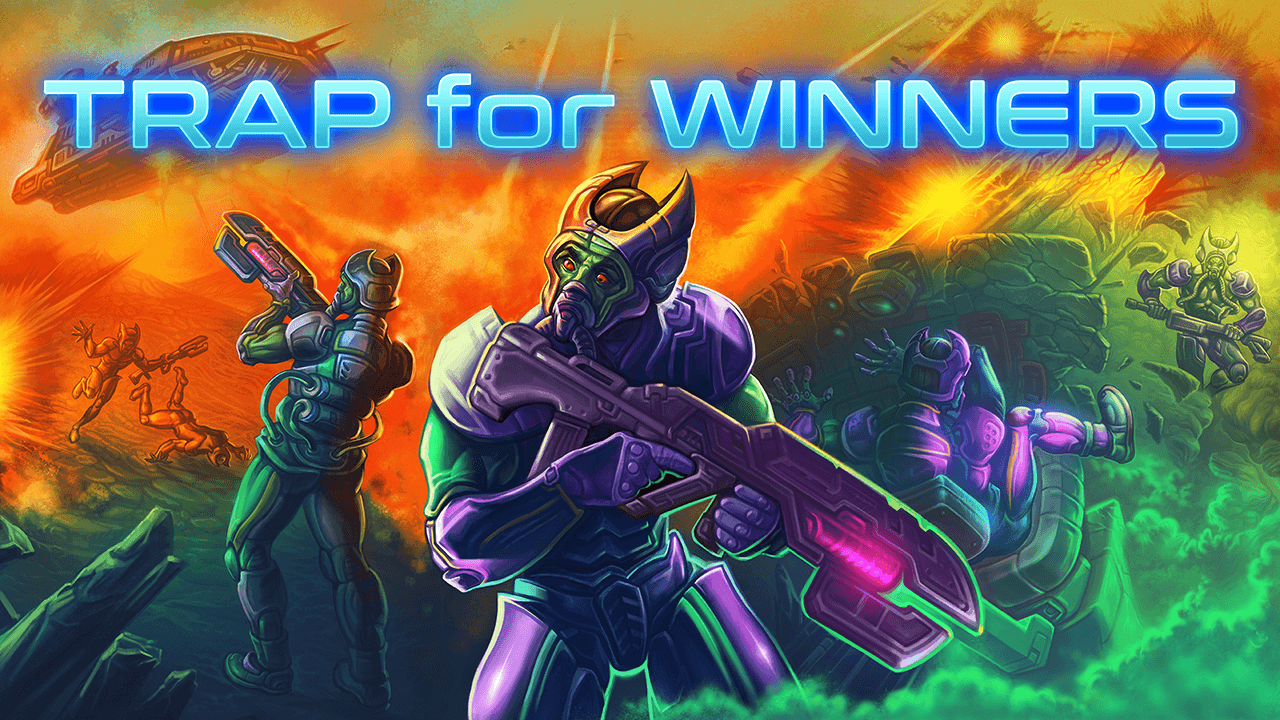 What is Trap for Winners?

A gripping sci-fi interactive thriller that lets you shape your own character and his morality. YOU make the choices – and suffer the consequences!

YOU are Steve Harrison, an undercover agent for the Department of Foreign Civilizations, dispatched to an enemy homeworld. After a devastating war with an alien race, Earth has emerged victorious and has occupied the hostile planet Dorya. But not all is at it seems...

As a part of Earth's Occupying Corps, you will have to investigate the suspicious circumstances that have shaped the course of the war. You will have to balance between the pursuit of knowledge and securing your superiors' favor; between suppressing violent rebels and your conscience. And what you discover just might change Earth's destiny forever.

With 120 decision points and over 300 options to choose from, Trap for Winners lets you shape your character and write your personal story among the stars.

Discover the truth about the war between Earth and a hostile alien race.

Balance between your prestige with the military and your reputation amongst the conquered species.

Engage in dangerous mini-game missions with your combat speeder.

Navigate complex moral choices… and live with the consequences.

For fans of Sorcery!, Fighting Fantasy and Choose Your Own Path.

Robust checkpoint system – because the “five-finger bookmark” is so 80s!